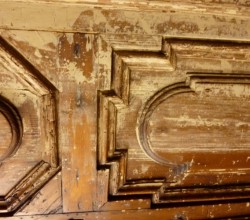 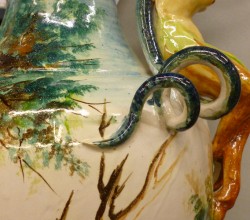 2001 marked the five hundredth anniversary of the death of Giovanni della Rovere and this event was celebrated in Senigallia:  this date marks the arrival point of lengthy historical research and the departure point for the project called “le terre del Duca”, which culminated in April 2004: the cities that were part of the grand dukedom of Urbino (Senigallia, Pesaro, Urbino, and Urbania) opened an important exhibition dedicated to the Della Rovere family. Between 2001 and 2003 Andrea Ippoliti reflects at length on how this rediscovery of historical roots, so present in his native city of Senigallia, could inspire him: he therefore undertakes a series of projects aimed at combining local history and high-end artistic craftwork. His attention is drawn to the decorations that the Zuccari brothers drew on the ceilings and lacunars of the Ducal Palace of Senigallia. The recent restoration revealed then, and forever, the freshness and beauty of those decorations. And so the ceiling decorations became a source of inspiration for the projects that followed, which were ideated and promoted by Andrea Ippoliti. 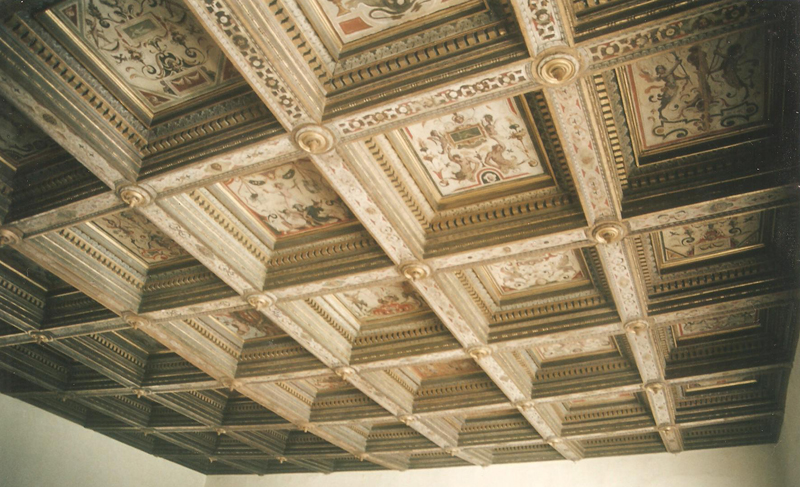 Copies of the ceiling lacunars and pilasters

Andrea Ippoliti created copies of the individual lacunars or pilasters or some of their details. The same technique adopted by the Zuccari brothers at the time was used, that is, egg tempera on the plaster preparation and 24k golf leaf frames in gouache.

Majolica containing the allegories of the lacunars.

The ceramics produced during the era of the Della Rovere family came from the ancient Casteldurante, which is now Urbania. Contacting the extremely skilful majolica craftsmen of Urbania to execute these splendid majolica was an obvious choice. Basing his work on some photos proposed by Andrea Ippoliti, the ceramist Silvio Biagini created majolica containing the allegories present on the ceiling of the Ducal Palace.

What paper did the Della Rovere family write on? Most definitely that produced in Fabriano. With the involvement of the paper restorer Enrico Fanesi of Senigallia, we contacted Artem in Fabriano. Since May 2004, we have been offering the public handmade paper with the watermark of the Oak tree bearing gold fruits.  Andrea Ippoliti is responsible for the preparatory drawings for these watermarks.

Drawing inspiration from the ceilings of the Ducal Palace, and examining certain details in particular, the goldsmith Lucia Gobbetti was able to create some pieces of jewellery (brooches, pendants, necklaces) whose shape is clearly inspired by the decorations.

With the intention of dedicating some bread to Giovanni Della Rovere, Andrea Ippoliti decided to contact the master baker Tonino Minardi of Senigallia. Since August 2004, the “Duke’s Bread” has been available for purchase from the Minardi bakery, this bread is unique its is genre. It is made from organic flour, leavened with pre-ferment and cooked in a wood oven. Prior to rising, the dough is stamped with a mould, which was handmade by Andrea Ippoliti, and which reproduces the Oak tree bearing gold fruits, with the words IO DUX – IO PRE (Giovanni the leader – Giovanni the perfect). This bread won the Italian selection organised by the San Daniele Prosciutto to celebrate the 50th anniversary of its production. The bread can be purchased at the Tonino Minardi bakery, Via Montello, 6 in Senigallia telephone +39 97163404. It is not available on Mondays.

This collaboration led to the creation of “Roverelle” pasta, a stuffed egg pasta made in the shape of an oak leaf. Andrea Ippoliti prepared the first mould that enabled the creation of the first roverelle: having verified that everything was up to standard, the pasta has been in production ever since. The stuffing is a blend of cow’s ricotta cheese and black truffle originating from the lands of the former Grand Dukedom. 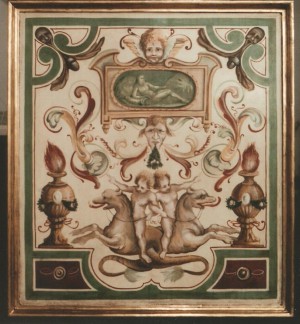 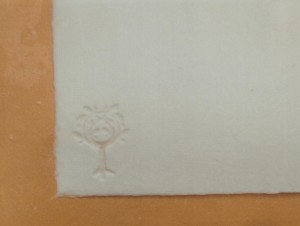 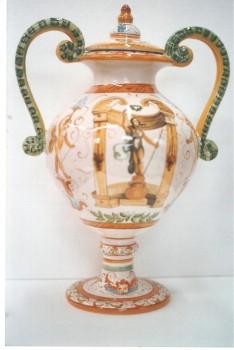 Majolica containing the allegories of the lacunars 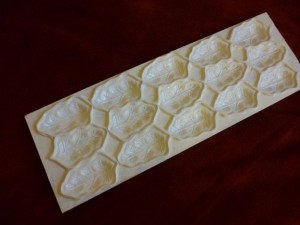 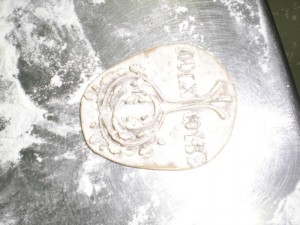